Who is Julianna Rose Mauriello? 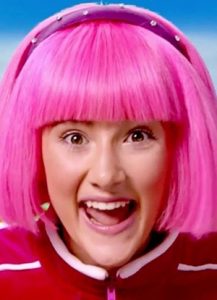 Julianna Rose Mauriello (Irvington, New York, 26 May 1991) is an American actress, known for her role as Stephanie in the children’s series Lazy Town.

Julianna represented Stephanie in the Lazy Town children’s series in the first two seasons, which earned her a Daytime Emmy Award nomination in 2006 for Outstanding Performer in a Children’s Series. The series was filmed in Iceland.

Aside from Lazy Town, Julianna has also appeared in several Broadway musicals, such as Gypsy, along with Bernadette Peters, or A Tree Grows in Brooklyn. Her first Broadway appearance during the 2002-2003 season was in the musical Oklahoma!

Julianna is an honor student at the Professional Performing Arts School (PPAS) in New York. She has appeared in several television commercials, both in person and voice-over.

She has taught ballet, jazz, claque and irish stepdance. She also practices gymnastics. She speaks Icelandic, thanks to the filming of the series Lazy Town in Iceland.

In 2008 she played the character of Pyper, protagonist of the short film A Fix, and resumed the role of Stephanie in Lazy Town Extra.

While it may be difficult to know or contact Julianna Rose Mauriello because of her busy schedules and her great desire for personal privacy, however, with a little research and work, it is possible to contact her.

You can use Twitter to communicate with Julianna Rose Mauriello. To do this you must write a tweet in which you include the name of their account, preceded by the @ symbol. Also, use the tags that Julianna Rose Mauriello uses regularly. In this way, there will be a greater chance that you will read what you publish. 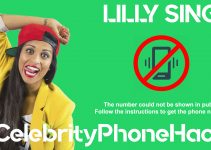 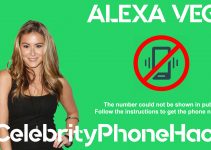 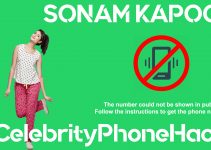